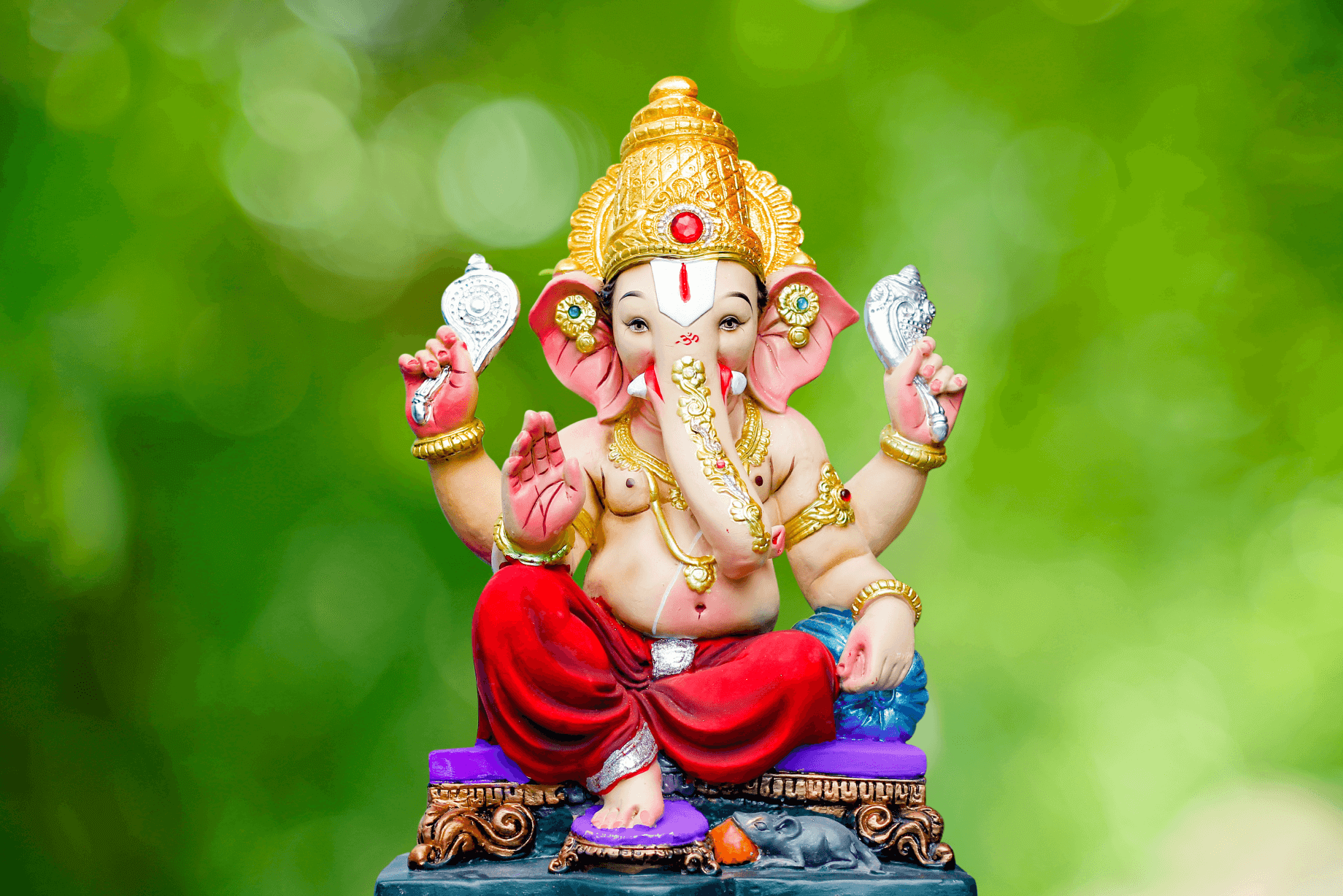 Sometime between the 6th and 8th century, all the Gods and Devas came to Lord Shiva with a strange predicament. Having seen into the future, they realised that Planet Earth is going to be quickly depleted of all its resources and man being man, will soon run amok and destroy the planet.  Energy which is known as the fuel of life, will soon be at a severe shortage and the future of wars will be fought over them.

The God’s predicament was that they needed to communicate a message to mankind thousands of years into the future, a message which will not only be communicated, interpreted but also understood well enough to save Earth. Lord Shiva & Goddess Parvati patiently heard this worry and told the Gods to not worry, they have the perfect solution to all of this – Lord Ganesha –

There is an explanation on the internet which says “Ganesha, in fact, is the symbol of he who has discovered the Divinity within himself. Ganesha is the first sound, OM, in which all hymns were born. When Shakti (Energy) and Shiva (Matter) meet, both Sound (Ganesha) and Light (Skanda or Kartikeya) were born. “

Before we go ahead, the above story is purely fictional and a figment of an omnist mind, we have absolutely no way in knowing what transpired so many years ago and nor have we read the holy texts to interpret the same. What is, however, not fiction and is playing out today, wars are being fought over energy and fuel, there is shortage and severe crisis and the climate change has heralded a need to conserve energy and transit to renewable resources to ensure a longer sustenance.

Made from soil, immersed in water, radiant like the sun and son of energy and matter. What if the entire festival of Lord Ganesha is an aphorism for us to become one with nature.

What if this all part of master plan of Lord Shiva to save Planet Earth, having realised that there will be shortage of fuel & energy and the only way we can be saved as time goes by, humans will have to go back to their roots and look for answers there.

The answers maybe are found in the holy festival of Ganesh Utsav. If there would be one festival which truly unites India across the spectrum of religions and classes, it’s probably this one. Time spent in the lines to worship the more popular and revered mandals, will validate this notion as you are generally surrounded by a variety of devotees from different backgrounds all united by a common Shraddha or faith.

The legend of Lord Ganesha has so many environmentally positive stories connected with him, it’s almost profound on the message he tries to convey to us.

From his infamous “eco-friendly – energy saving” trip around the world, to his creation from earth and soil to his immersion in water, to his “re-usability” of the elephant face, his mouse carrier & finally to the growing awareness of eco-friendly adaption to this holy festival, there seems to be a virtuous cycle of awareness and realisation set in place which augurs well for the generations to come.

Several potters, sculptors, artists, and idol makers from across the country have been creating awareness amongst the people about eco-friendly Ganesh idols made by using clay and soil from lakes and rivers in the city. This is truly an effort to conserve the environment and promote traditional customs and art forms. It is very essential to change the mindset of people and make them aware and adopt eco-friendly practices. The demand for eco-friendly Ganesha idols has been on the increase, this definitely is a healthy trend. The call for such awareness has seen many different practices being followed across the country. Just as we have moved to eco-friendly celebration of Ganesha, we need to move to renewable energy sources.

The history of mankind has been a lesson in energy transition, from agrarian fuels, fossil fuels, nuclear energy, energy has come a full circle to going back to agrarian or biomass, solar and hydro fuels which will not only be environment friendly, but also will prevent conflicts.

It is pertinent to however note that environment consciousness is nothing new for India and it is a cause to which India has long been committed.  Protection and preservation of the earth, natural resources, and wildlife are enshrined in Indian ethos, culture, and tradition. From the Vedas and the ancient Sanskrit scriptures (1500 to 1000 BCE) to the royal edicts by Emperor Ashoka (268 to 232 BCE), Indian culture has often invoked concepts of harmony between life and nature.

As home to approximately one-sixth of humanity and one of the world’s most youthful nations, India’s role in making the planet better and sustainable is crucial. Now is the right time to act if India wants to protect the planet and ensure a healthy life for the present and future generations.

So, while we celebrate this festival, we take inspiration from the so many hidden lessons which Lord Ganesha conveys, management lessons, investing lessons and so on, maybe there is a renewable lesson for us as well. Direction for us to become one with nature across the board. The lesson is to move to renewable energies and fuels. The lesson is to conserve planet earth for a better tomorrow.

On this occasion, we invoke the verse in Ganesha Mantra and pray for wisdom and the removal of obstacles for all.