Reminiscences of an Investor 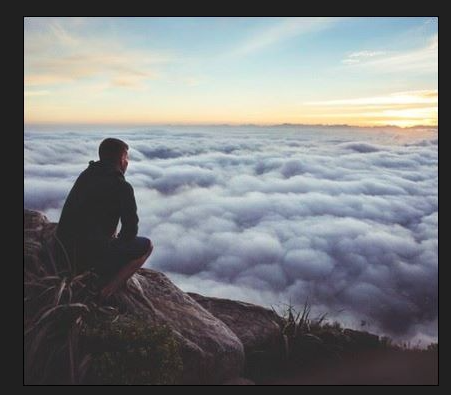 I must confess, 2022 ended up being far tougher than I thought it would be.

Coming post a tumultuous couple of years with wild swings amidst once in a lifetime pandemic, a collapse of the world economy, the opening up of the world, we saw it all. From negative crude prices to peak crude.  From stimulus driven liquidity to tightening rates and purses. From closed shipping routes & freights to the sky and now submerged. From various coins to the moon and back. From commodities which glistened in the sun to back to earth. These were days where years happened.

But amidst all this turmoil, India was standing out as an oasis of growth, stability, and bullishness. Which it did, well at least at the index level it seems all good. But below the surface markets have been far tougher than imagined. Just proves the point, even if you get your macro reasoning and portfolio positioning correct, it is not possible to have a performing portfolio all the time.

A year where the macros could take maybe a small backseat and the businesses could take ringside seats & truly live up to their potential. An opening up trade, a softening of commodities, green shoots in the economy and the animal (read bullish) spirits should have been raring to go.

Mr. Market also had its way with traders / investors akin, The FII’s pulled out big, India would have normally collapsed, instead it’s been rock solid. ESG was supposed to be the theme of the decade, Non ESG stocks had the time of their life this year. Pharma and IT with its hangover in terms of demand and efficiency in a Covid and post Covid world was supposed to have a long runway and were seen as pockets of value and growth, they are amongst the worst performing sectors this year. Private Banks were eating PSU banks market share for lunch, guess who outperformed this year. PSU bank stocks outperformed by a mile. India used to import almost all its defence requirements, not anymore, defence manufacturers and ancillaries are amongst the best performing stocks this year

Despite all of this, not to a surprise to the believers, Indian equity has managed to outperform most asset classes by a wide margin and while Indices flirt with all-time highs, there are common themes & musings you hear within the investor cycle and their portfolios and the disconnect it has with the index.

Such a year definitely calls for some introspection and especially keeping in mind the spirit of the season, the resolutions, the picks of the year, the lessons and threads it brings to us. These are some of my notes for introspection.

Note to Self – second and third order implications are not apparent easily. And on top of that market reaction to the same is even more difficult to predict.

“If the unusual never happened there would be no difference in people and then there wouldn’t be any fun in life. The game would become merely a matter of addition and subtraction. It would make of us a race of bookkeepers with plodding minds. It’s the guessing that develops a man’s brain power. Just consider what you have to do to guess right.”

This year has been strange but in a manner which has been unique and challenging and has often been at loggerheads with its own self in many ways.

The world opened up and declared the end of a pandemic and China went back to lock down and a Zero Covid policy. Europe has been ravaged by war for a greater part of the year and this has caused not only geopolitical implications and see saws, but it has resulted in great economic imbalances, be it energy crisis or shutting of supply chains.

While this appears to be out rightly bleak news, it has brought up tremendous opportunities for India, be it China + 1 / Europe + 1, Atmanirbhar Bharat, the cause of strengthening our defence capabilities or the Renewable Energy push

Timing anything in the stock market can be quite difficult, and that includes recessions. It’s also quite possible a recession will occur before anyone knows and won’t be declared until it is well underway or over. Stay Invested and Stay focused on quality of your business rather than focus on economic outcomes.

Note to Self – Whatever happens in the stock market to-day has happened before and will happen again.”

Not much long ago, words like Defi, Crypto Punk were the buzz words and the future, not being in them, evinced laughter, and scorn. 2022 pushed Crypto over the cliff, the monkeys vanished, and companies and businesses built on empty promises, unsound practices (Including some of our overvalued & much hyped IPO’s) were punished and some would argue not suitably enough. While there is much value in technologies like Blockchain and some of our “ new age” companies do have the potential to turn the corner and reach scale and size in the next decade, this year has not been pretty & this has happened since time immemorial, be it the Tulip Mania, Dot Com bubble or the inflated real estate stocks, every time there is a new “fad” in town there is someone else holding the bag and its always a lot lighter.  It’s never different this time.

Note to Self – Be long-term greedy.

“Speculators buy the trend; investors are in for the long haul; “they are a different breed of cats.” One reason that people lose money today is that they have lost sight of this distinction; they profess to have the long term in mind and yet cannot resist following where the hot money has led.”

Markets at times have a feeling of Neighbours Envy, when everything around you is rising & you question your own hypothesis and principles. When you buy a theme you envisage a certain possibility, but at times get carried on with the daily noise and gyrations and you lose your head, cool and eventually your take your eye of the ball. Classically also known as FOMO, this has continued to ravage investors over the years. When we forget the distinction between buying businesses which will seize the scope of potential ahead versus companies that may tend to rise like how all boats rise with a full tide & only when the tide turns, do we know, who all will float or sink.

To be in for the long haul is where the magic happens.

Note to Self “I do not allow my possessions—or my prepossessions either—to do any thinking for me.”

Biases are part of human emotion, and it generally affects our investment decisions even when they are as system driven as possible. Coal is a dwindling source of energy; PSU stocks are untouchables and State run banks are glaring with inefficiencies are just some of the examples

Leaving our biases, be it hindsight, confirmation, information, or recency aside and thinking with a clear mind has become an important skill in the world of investing.

“What you see is important, what you cannot see is more important.”

Note to Self – Carefully laid plans will miscarry because the unexpected and even the expectable will happen.”

“There will always be something new & in this every changing world.“

“The real key to making money in stocks is to not get scared out of them.” – Peter Lynch

History has always rhymed, and the stock market is the best example of this.  It’s also the place where generational wealth has been made. The only thing we should be clear is our goals, our objectives, and what businesses we are buying and why.

“Know what you own and why you own it” – Peter Lynch